Midwives Brew is a mixture of natural ingredients blended into a drink and used to induce labor. A few different recipes are used for a midwives brew, but they all contain the active ingredient Castor Oil.

A few studies have been done on whether midwives brew is truly effective in inducing labor, but the results are inconclusive. It is tough to do studies on pregnant women, so most of the results come from anecdotal accounts or minimal studies.

Note: Never try any home remedies to induce labor without speaking with your medical provider first. This article is not giving medical advice. Always discuss any steps you want to take for inducing labor with your doctors.

The most popular brew recipe consists of Castor Oil, Apricot Juice, Almond Butter, and Lemon Verbena Tea. You can sub out some of the ingredients for other things, but the main ingredient in all of them is Castor Oil.

Castor Oil is a vegetable oil that is pressed from castor beans. It is commonly used as a laxative. For inducing labor, castor oil softens the cervix and encourages the uterine muscles’ cramping that turns into contractions. 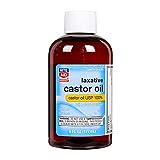 There is no concrete evidence that it will work. In some women, it only has the common side effects of a laxative and makes women poop A LOT. It can also cause severe nausea and vomiting.

It is important to drink lots of water and be hydrated before taking anything with castor oil because it can make you dehydrated.

Note: Never consume castor oil before you are full term. Always talk to your medical provider to get the okay to try anything known to induce labor.

Lemon Verbena is also said to be a little bit of a laxative. It is also a calming tea that can help relax your muscles and soften your cervix to prepare you for labor. 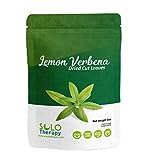 There are also no studies that can prove that this works. Instead of lemon Verbena Tea, you can use lemon verbena essential oil. 5 drops of the oil mixed with the other ingredients is said to give you the same benefits.

Apricot Juice or Nectar is mostly used to help cover up the taste of the castor oil. While there are many vitamins and minerals in apricot juice that can be beneficial during pregnancy, this is not a required ingredient for midwives brew. 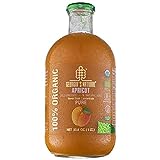 A great alternative juice to use is pineapple juice. Pineapple juice, when fresh, has also been rumored to help induce labor. The proteolytic enzymes Bromelain are said to soften the cervix and stimulate the uterine wall. It needs to be fresh pineapple, however, to make sure you get those enzymes.

Some other great alternatives that can really help with the taste are mango nectar, grape juice, or cranberry juice.

Almond butter is important because it binds to the castor oil and makes it stick to your insides instead of running straight through your intestines. This ingredient helps lessen the normal side effects like vomiting and diarrhea that castor oil causes.

You can also use natural peanut butter or even used Nutella; make sure it is something oily and sticky that the oil can bind to.

The following recipe is the most popular one.

It is not safe to attempt before you are at full term. Your pregnancy must be full term before you should attempt to induce labor. Always consult with your provider before you do any home remedies.

Castor oil is said to be safe as a common laxative. Before you attempt to use it as a labor inducer or for any reason, get the okay from your doctor. It does have some unpleasant side effects and is not guaranteed to work for inducing labor.

It could potentially just make you nauseous and sick. It may cause vomiting, diarrhea, and stomach cramping.

You are considered full-term when you are between 39 weeks and 40 weeks + 6 days. Once you are full-term and ideally past your due date, you can then ask your doctor if it could help you induce labor.

3. Do you drink midwives’ brew on an empty stomach?

It is best to drink the brew on an empty stomach and within 30 mins. Be sure to keep your doctor informed as to when you plan to take it. Also, have your spouse or birthing partner aware, so they can be with you when you start going into labor.

For the women that have taken it, the results have varied. Some women go into labor within 5 hours, and for others, it has taken up to 48 hours.

It does not work on all women, and some only get the uncomfortable side effects of nausea, vomiting, diarrhea, and fatigue.

According to some of the studies below, there was a significant benefit of entering active labor 24-48 hours after drinking the mixture with castor oil.

There have not been enough studies done that can prove this is an effective way to induce labor. It is hard to control the variable in these studies because they sometimes can’t tell if the women go into labor due to the castor oil or if the body is just ready and labor on its own.

Most accounts are from anecdotal evidence. However, there have been some small studies done that show that taking castor oil to induce labor does work.

In 2000, a small study showed that women who receive castor oil have an increased likelihood of inducing labor within 24 hours compared to women that received no castor oil.

A retrospective descriptive study looked at medical records from January 2008 to May 2015 from women who received a castor oil cocktail to induce labor. The study looked at whether it was safe for the mom and the baby.

“Nearly 91% of women in the study who consumed the castor oil cocktail to induce labor were able to give birth vaginally with little to no maternal or fetal complications.”

In 2011, a randomized controlled study was conducted. A total of eighty women were recruited for this study. In the study, 37 women were given a castor oil cocktail, and 43 women were given the placebo for the control group.

In a randomized controlled trial in 2018, castor oil had a significant beneficial effect on entering active labor within 24-48 hours after consumption.

6. What are some alternatives if I don’t want to drink this nasty drink?

Drinking a midwife brew seems to work wonderfully for some women and not at all for others. If you feel you don’t want to take the risk of so many uncomfortable side effects or can’t stomach the taste, don’t worry!

There is hope for you yet! You can do many alternatives to help induce labor if you do not want to try the midwives brew.

Note: Disclaimer– This is my own opinion based on what I have researched. This is not medical advice. Always consult with your medical provider before trying anything to induce labor.

Nipple Stimulation can either be done by hand or with a breast pump. You want to try to mimic a baby’s latch as much as possible. Stimulating your nipples helps the body release oxytocin, a hormone that plays a role in initiating labor.

This helps induce labor a couple of different ways or even three if you include nipple stimulation too. Having an orgasm during sex releases oxytocin which then can start labor.

Semen can also play a role; it has prostaglandin in it, which has hormone-like effects and will thin and soften the cervix.

Eating dates in the few weeks leading up to your due date can reduce the chance of having to be induced. The dates don’t exactly induce labor but help soften the cervix, and women that did eat dates tend to be dilated more when admitted.

Ask your gynecologist about getting a membrane sweep. During a cervical examination, they will help separate the cervix’s amniotic sac by sweeping their fingers between the two membranes. This is supposed to stimulate contractions then and release prostaglandins that then help initiate labor.

Acupressure is a type of massage that focuses on certain pressure points. There are 6 major pressure points thought to help induce labor. When you get a prenatal massage and focus on those pressure points, acupressure might increase blood flow to the uterus, influence hormonal responses, and stimulate uterine contractions.

Be sure to talk to your doctor before having this type of massage done. It is only something you want to try after or very near your due date.

Waiting for labor to start when you are at the tail end of your pregnancy can feel like an eternity. To help move things along, you can talk to your doctor about taking a midwife brew or a drink made with castor oil to help initiate labor.

Once your doctor gives the okay, there are a few different recipes, but the most popular one involves apricot juice, castor oil, lemon verbena tea, and almond butter. Castor oil is the main active ingredient, but you can substitute the other ingredients for other things.

If your doctor is not okay with using castor oil, or maybe you don’t want to, there are some alternatives you can do to try to get your body moving towards labor. You can use nipple stimulation, orgasm during sex, eat dates, get a membrane sweep, or an acupressure massage.

Always talk to your healthcare provider before attempting anything that may induce labor.

Lastly, you may have to wait it out. The body will usually let you know when it is time. Stay positive and enjoy the anticipation of meeting your new baby.

All opinions are my own. This article is not medical advice. Always talk to your doctor with any concerns you may have regarding your pregnancy and upcoming delivery.

Hi! I’m Heather, a stay at home mother of 2. I am here to share my tips and what I’ve learned so far in my journey to raise the best humans I can. Read all about me here –>