Those 2-4 weeks of waiting before taking a test are excruciating whether you are trying to get pregnant or worried you might be. If you are experiencing these early pregnancy symptoms before a missed period, there is an excellent chance you are pregnant. Time to figure out a fun and creative announcement to tell your husband your pregnant!

Related Post: When Does Morning Sickness Start During Pregnancy?

It took me almost two years of trying before I finally saw that positive pregnancy test. But, before that positive test, I had started to feel different. I didn’t want to be too hopeful that these different symptoms meant I was pregnant. Deep down, though, I knew it to be true. 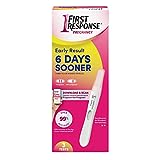 One early sign of pregnancy can be an increase in cervical mucus. Cervical mucus or vaginal discharge changes slightly throughout your menstrual cycle.

The change can be very slight and may be difficult to detect. It is usually thin and milky white. It becomes thicker during early pregnancy due to the change in hormones. It may also have a light pink or brown color due to bleeding implantation.

What is implantation cramping?

Implantation cramping is a pain experienced during the time a fertilized egg is ‘implanting’ or attaching itself to the lining of the uterus. It is usually a dull pain that can last 1-3 days.

How soon will a pregnancy test read positive?

It would be best if you typically waited until 1 week after your missed period to take a pregnancy test. This gives your body time to produce a detectable amount of hCG. Some pregnancy tests can detect hCG as early as 3-4 days after implantation.

How soon after ovulation does implantation occur?

Implantation, or the fertilized egg’s attachment to the wall of the uterus, occurs 1-2 weeks after ovulation.

Implantation occurs when a fertilized egg attaches to the wall of the uterus. This can happen between 6-12 days after conception.

During this time, you may experience implantation bleeding or spotting. Spotting can last 1 to 2 days. Some women may mistake this for a short period.

Along with spotting, you may also experience implantation cramping. When the fertilized egg adheres to the uterine wall, you may feel cramps similar to normal menstruation.

This symptom can be difficult to detect since it seems just like a period only lighter. For me, it felt very different than my normal periods. When I had cramping during a normal mensuration, the cramps’ intensity coincided with the intensity of the flow.

So when I felt intense cramps but was only spotting, I knew something was different.

Your gums may become unusually sensitive and even start bleeding when they normally would not. This increased sensitivity is due to the hormone change that causes increased blood flow to the gums.

Although tender breasts are a common PMS symptom, it is also an early sign of pregnancy. There is a slight difference, though. During PMS, the tenderness is usually most severe right before your period.

One to two weeks after conception, your breasts may feel sore, sensitive, and tender to the touch with pregnancy. They may also feel fuller and heavier. This can last well into your first trimester.

One of the weird early pregnancy symptoms you may notice is a darkening and/or enlarged Areola. This is the area around the nipple. The change in hormones is the cause of this.

You may also notice tiny bumps around the perimeter of your Areola. These are Montgomery Tubercles. These are a normal part of pregnancy.

What are Montgomery Tubercles?

Montgomery Tubercles may freak you out once you first see them. This is because they are small but pretty noticeable when they first appear. However, Montgomery Tubercles are what will eventually provide lubrication for your nipples during breastfeeding.

Montgomery tubercles are oil glands around the dark area of the nipple. They are present in both men and women. These glands secrete an antibacterial oil that protects the nipples. This is important for women during breastfeeding because they provide lubrication and keep germs away from your breasts to prevent breast milk contamination.

Hormone changes early in pregnancy cause these glands to enlarge and become more noticeable. It varies for all women, but around 45% of women notice them as the first sign of pregnancy.

Early in pregnancy, you will feel extreme fatigue. This was a noticeable symptom for me. We all feel tired sometimes, but this was very different. I would pass out when I came home and sat down.

It would come on suddenly, and it wasn’t just a tired feeling; it was more of a feeling like I need to sleep NOW. Pretty soon, you will need a pregnancy pillow to support your growing belly while you sleep. 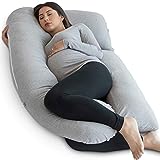 If your sense of smell becomes heightened suddenly, this may be an early pregnancy sign. All smells, good and bad, become intense during pregnancy, starting early in the first trimester.

This is one of the reasons morning sickness can occur.

You will be making more frequent trips to the bathroom during pregnancy. Mostly in the first and third trimesters. Hormones play a big role in increased urination during the first trimester.

The hormones’ changes cause an increase in blood flow, which means the kidneys process more fluids and produce more urine.

Mood swings are another common PMS symptom. You may feel more irritable or emotional during your period. In early pregnancy, however, I found the mood swings to be more extreme.

I would go from being completely fine to extremely mad or upset. Certain things made me emotional that I had never gotten upset about before.

You would think lower back pain wouldn’t start until later in pregnancy, but it can happen early in pregnancy. So this is another symptom that can seem like it is PMS.

During PMS, the common food cravings are chocolate, carbs, and other comfort foods. Food cravings during early pregnancy are more specific and more intense than normal period cravings.

Your body craves what it needs during pregnancy rather than what it wants. For me, the cravings would also be particular. I would want a taco from a particular place, and the craving would not go away until I had it. Normal period cravings would eventually go away, but not pregnancy cravings.

Forgetfulness is a prevalent early pregnancy sign and lasts throughout the pregnancy. Hormones may cause the ‘pregnancy brain’ by affecting your memory.

But, for the most part, your brain is now focusing a lot of energy on the activity in your uterus, so you tend to forget things—time to get a journal and write things down. 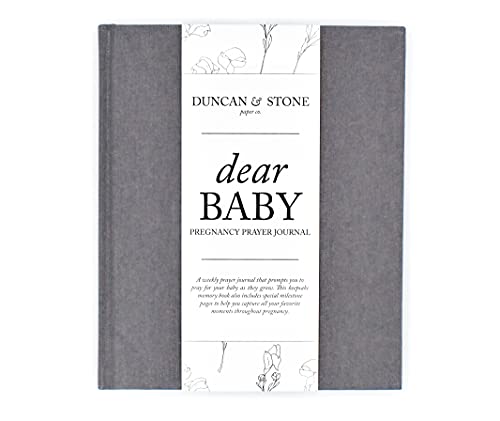 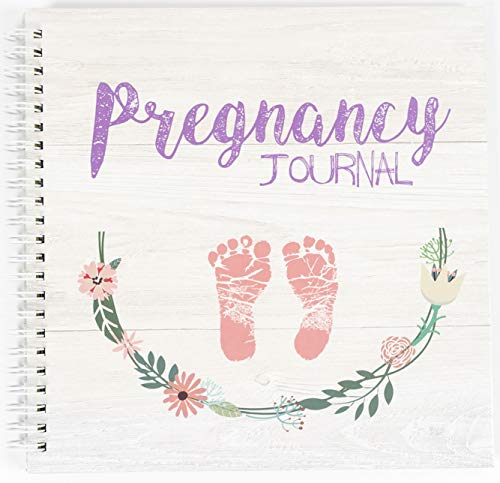 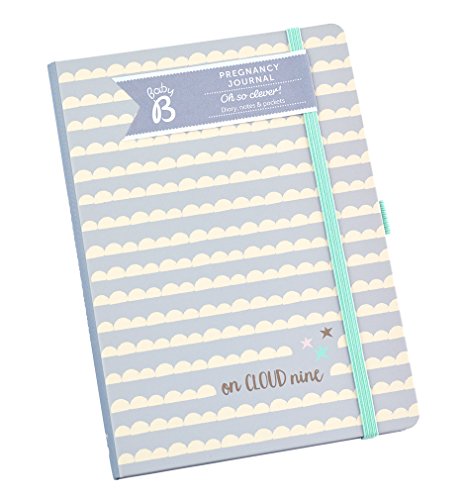 So there it is, all the early pregnancy signs and symptoms you could be feeling before your missed period. Before that time, you can take a test to know whether you are pregnant or not.

Even if you are experiencing all these strange early pregnancy symptoms, see a doctor and take a pregnancy test to know for sure. All these symptoms are my stories of what I experienced early in my pregnancy.

Just found out you’re pregnant? Here’s what to do now! 9 Things to do once you find out your PREGNANT!

Hi! I’m Heather, a stay at home mother of 2. I am here to share my tips and what I’ve learned so far in my journey to raise the best humans I can. Read all about me here –>